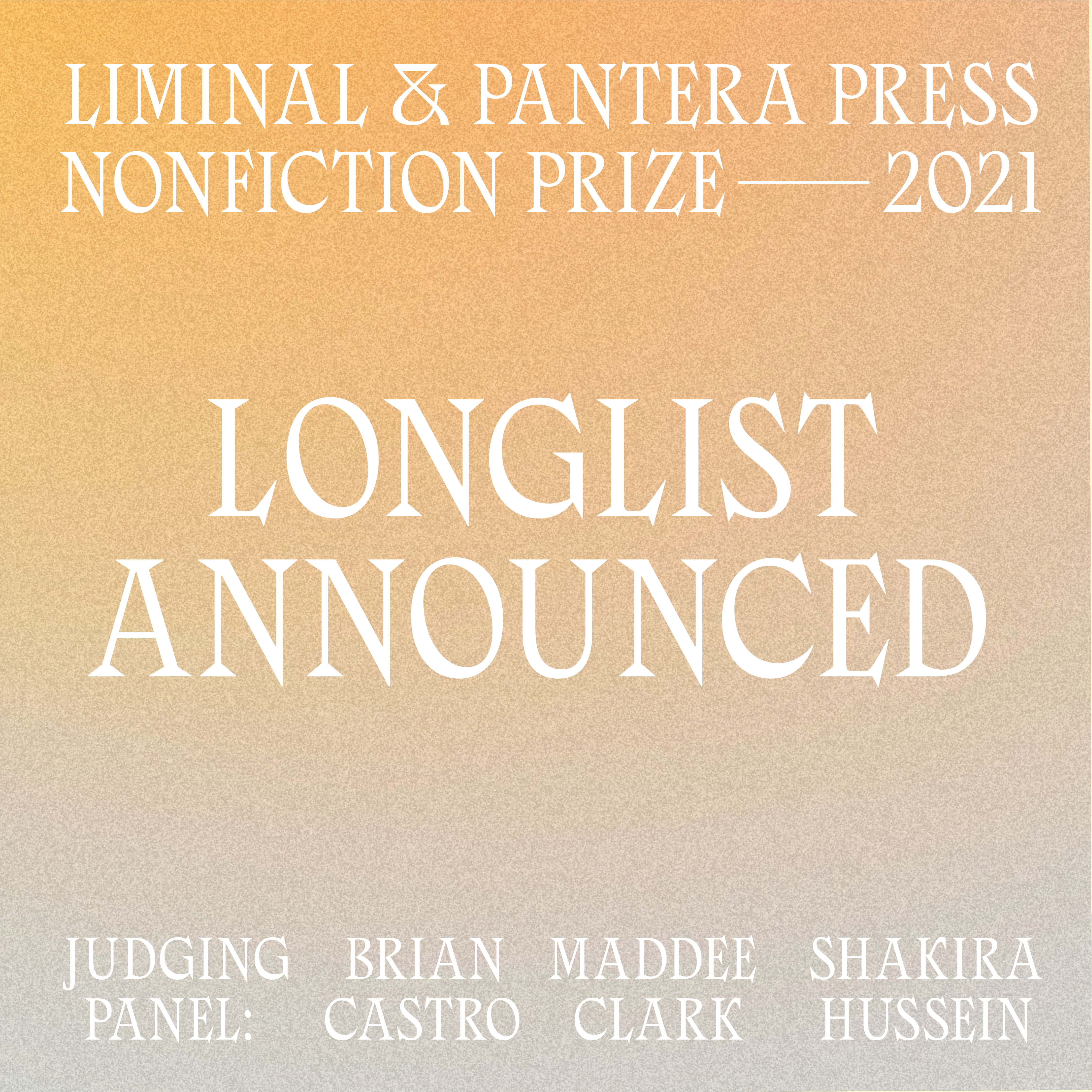 Following the success of the 2019 Liminal Fiction Prize and the 2020 anthology Collisions, we were thrilled to join Liminal for the 2021 Liminal & Pantera Press Nonfiction Prize. Liminal have now announced the twenty longlisted writers, whose writing will feature in a forthcoming essay collection to be published by Pantera Press in 2022 – head to Liminal’s website to find out more about the prize!

Congratulations to the Liminal team and their judges, and most of all, to the longlisted and highly commended writers!