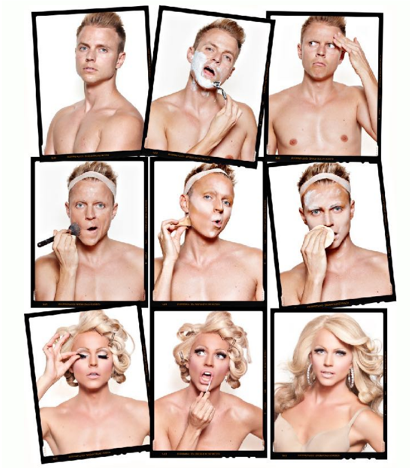 Pantera Press acquires IT’S ALL AN ACT by Shane Jenek

Pantera Press has acquired ANZ rights for It’s All an Act, the debut memoir by Shane Jenek – the performer behind drag queen superstar Courtney Act – via Wendy Richards at Working Management.

Boy, girl, artist, advocate: Courtney Act is more than just the sum of her parts.

In 2003, Courtney broke out of the box in the premiere season of Australian Idol before signing to Sony/BMG. Ten years later, Courtney Act went global. In 2014, she was one of the Top 3 performers in Season 6 of the Emmy Award-winning RuPaul’s Drag Race, gaining a legion of new fans around the world. Courtney has since taken on a number of controversial social causes and stories, most notably in her political series American Act on Junkee.com which garnered over 6 million views.

2017 saw Courtney embark on a sold-out world tour with her original show, The Girl From Oz, which played at the Edinburgh Festival Fringe to 5-star reviews. Courtney gained new fans and followers during her winning stint on Celebrity Big Brother UK, where she educated viewers on queer issues including gender identity and fluidity, sexuality, same-sex marriage and more. She then made television history as host of the UK’s first bisexual dating show, E!’s The Bi Life. Courtney’s latest live show FLUID debuted at The Darlinghurst Theatre in February 2019.

It’s All an Act is a ground-breaking memoir that will give readers an intensely personal account of Shane Jenek’s experience growing into a proud, passionate, politically active, genderfluid, queer Australian icon – all while the world watches on.

‘Courtney Act is one of the most dynamic figures of our time, and we are beyond thrilled to be publishing this utterly charming, often emotional and always thought-provoking memoir about identity, gender, love and life. It’s All an Act will make you laugh, cry, think and feel more at peace with the person you are.’
– Lex Hirst, Publisher

‘I’ve always loved memoirs and autobiographies. I love hearing other people’s stories because I learn so much and grow in empathy. I’m so excited and honoured to put my story on paper. I couldn’t think of a better partner than Pantera Press for this project.’
– Shane Jenek, author

It’s All an Act will be released in February 2021.