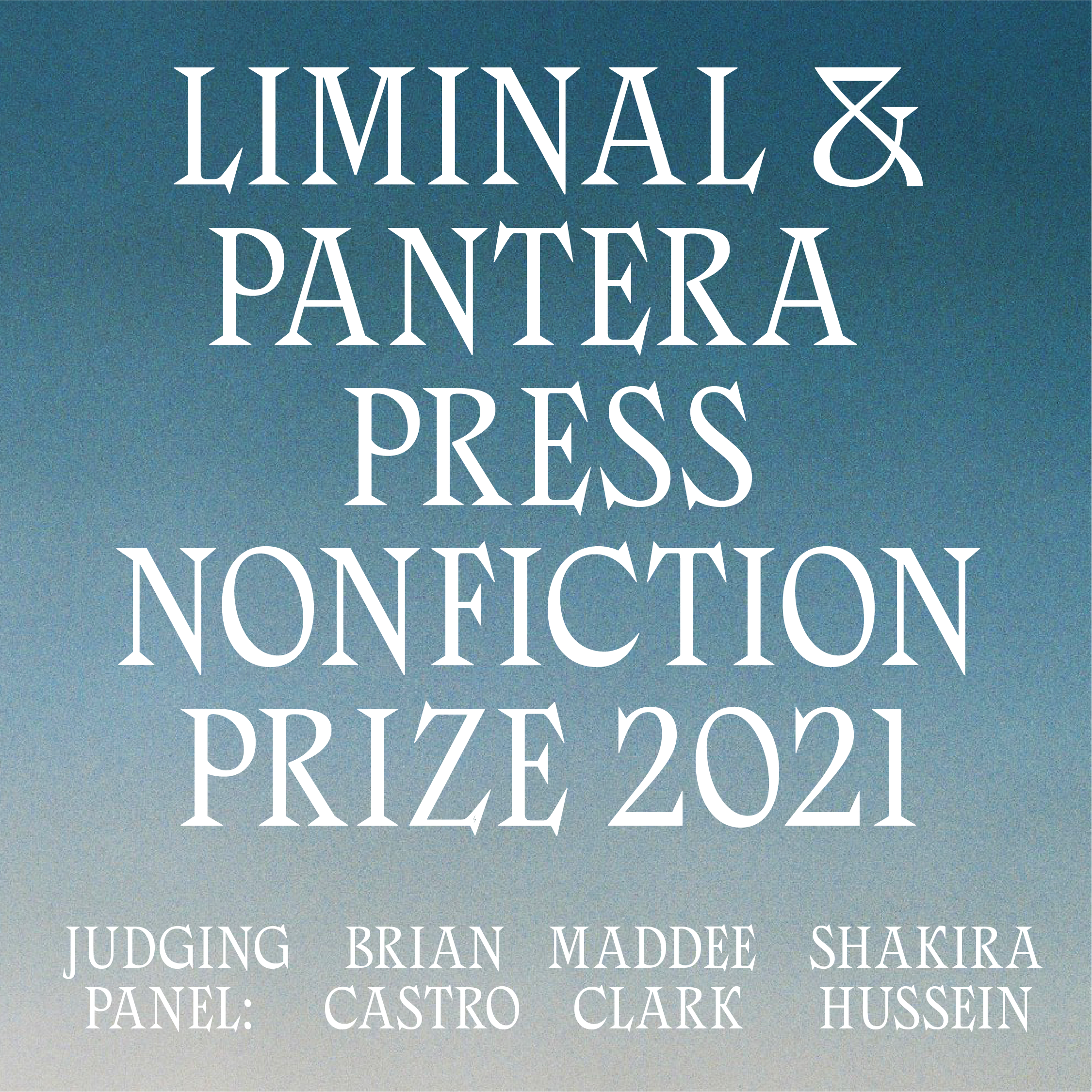 We are thrilled to announce the winner and runners-up of the 2021 Liminal & Pantera Press Nonfiction Prize!

Congratulations to Hassan Abul, the winner of the Liminal & Pantera Press Nonfiction Prize, who wins $10,000. Further congratulations to the runners-up, Mykaela Saunders and André Dao, who will each receive $1000. Pantera Press will publish these along with all longlisted pieces in an anthology in 2022 and 100% of profits from the book’s sales will go towards funding Liminal’s future endeavours.

Winner Hassan Abul said, ‘Forgive me, I’m stupefied. All I had hoped for was to see my words bound beautifully alongside those of the best and brightest writers in this colony; to win the prize is, truly, so unexpected. I’m immensely grateful to the judging panel for finding something shared and resonant in such a personal piece of writing, and to the Liminal editors for their limitless commitment to forging the most exciting space for new, boundary-pushing work, and for letting me be a part of it.’

Liminal Editor Leah Jing McIntosh said, ‘I am so honoured to work with judges Brian Castro, Shakira Hussein and Maddee Clark, who have selected Hassan Abul’s “third cowboy from the sun” to win the inaugural Liminal & Pantera Press Nonfiction Prize; it is a joy to see his hard work and talent as an essayist recognised. For so long, the work of First Nations writers and writers of colour has been overlooked in this country. As the judges note, the prize brings to the fore an “embarrassment of riches”, and the Liminal team and I are so excited to share these pieces in our forthcoming collection with Pantera.’

The judges commented, ‘Essayistic writing, whether semi-fictional or factional or factual, whether in the form of a memoir or of diaristic self-documentation, should allow itself to be provocative, thoughtful, and in a way, textually playful. While one can employ the rubric of originality, cohesion and expression, the judges were also looking for something insightful and unclassifiable: a montage, perhaps, of an interior truth and an understated empathy rather than sentimentality or too much subjectivity.

This is what a nonfiction prize should be assuming: in other words, a translation of the writing process itself from the unconscious to a dramatic but cognitive articulation.

Overall, it was an embarrassment of riches. Those who didn’t make the grand final will enter the archives as brilliant and insightful essays that will strike a chord with many readers. In the end, such was the quality that the judges could not split the two runners-up. It is recommended they both be accorded equal status.’

THE LIMINAL & PANTERA PRESS NONFICTION PRIZE 2021 IS SUPPORTED BY THE PANTERA PRESS FOUNDATION, IN PARTNERSHIP WITH WRITERS VICTORIA.